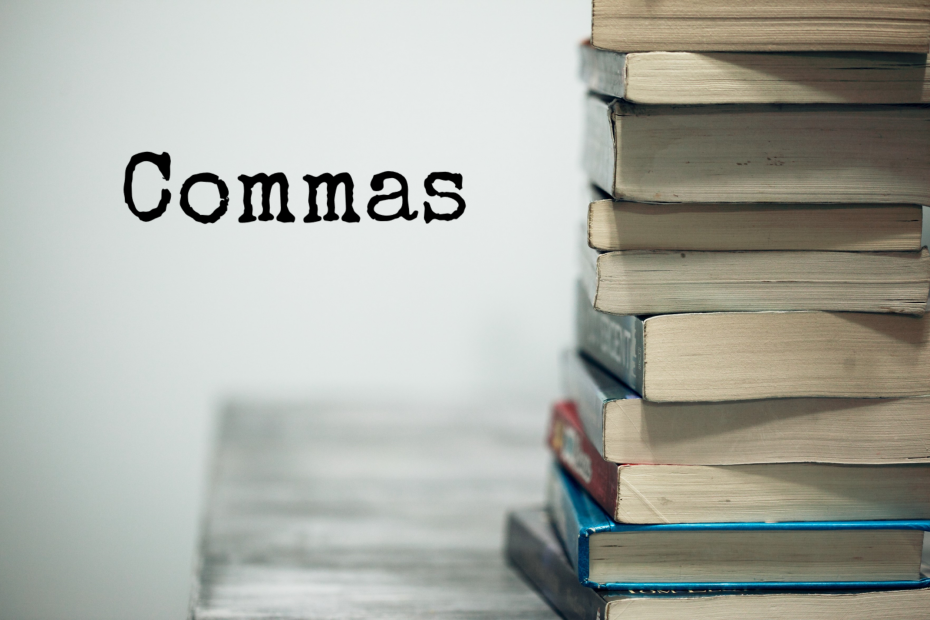 Commas are the most used (and abused) punctuation mark. Instead of falling into the trap of thinking you should insert a comma at each natural pause in a sentence, use this as a quick reference guide.

Sunlight glittered on the lake, and birds chirped in the trees.

Sunlight glittered on the lake and forced me to wear sunglasses.

A meticulous, thorough editor is essential to producing professional content.

She wore the long red dress.

A professional line editor is careful to preserve the author’s voice.

She said, “Don’t touch that stove!”

“Don’t touch that stove!” she said.

She said that the stove “was hot.”

Examples (in the order they are listed):

Running as fast as she could, she burst into the room.

Indeed, she was late.

Because my alarm clock did not go off, I was late to class.

I was late to class because my alarm clock did not go off.

The dog, who hates cats, spent his day barking up a tree. (Extra information)

She spoke to her mom, Clarice, on the phone. (She only has one mom. The name is a nonrestrictive appositive.)

The dog who lives in that yard spent his day barking up a tree. (Restrictive)

She spoke to her sister Julie on the phone. (She has more than one sister, so the name is restrictive and essential       to clarifying which sister she called.)

What the problem is, is not clear.

I will be home late, Dad.

Many questions about commas can be cleared up by deciding whether the word or phrase is restrictive or nonrestrictive. When in doubt, consult a style guide (or your friendly neighborhood copy editor). The Chicago Manual of Style and The AP Stylebook have helpful sections on punctuation and address a few rarer issues I did not discuss here. As always, the goal is ease of reading, so keep the reader in mind.